Many major construction projects require significant explosive work like transalpine rail and road tunnels, dams for hydroelectric and storage power plants. Concurrently, specifications for explosives evolved to incorporate higher performance coupled with improved safety which is best demonstrated by emulsion explosives. In Switzerland alone – traditionally a country with a great deal of tunnel construction – the ratio changed between 1998 and 2005 from 100 percent explosives in cartridge form to 95 percent pumped emulsions. 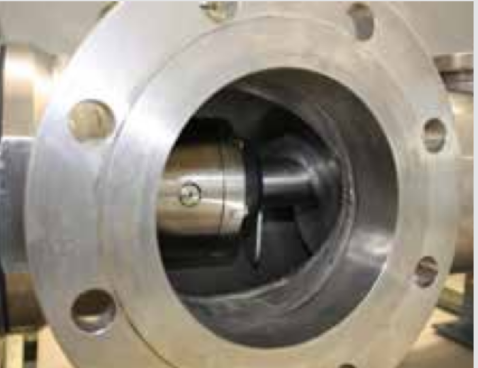 These geared joints are different from pin joints; they have a double seal to provide increased safety. If one of the rubber sleeves becomes cracked, the second one beneath automatically maintains the seal.

The benefits are huge: the components, which are not dangerous individually, are not mixed until they are on site. The finished mix fully spreads into the entire borehole and also fills in small openings. Customized, high-performance pumps which can meet the distinct challenges of the emulsion matrix or of the explosive have influenced this shift. NETZSCH Pumpen & Systeme GmbH has developed progressing cavity pumps for this purpose; they enable flow control while in operation and are even resistant to ammonium nitrate solution. In conjunction with this, the operating principle of a progressing cavity pump ensures stable pressure conditions with little pulsation and only minor shear forces.

The preeminent consideration on construction sites where explosives are used is safety and, naturally, storing or transporting amounts of “live” explosives is always risky. The development of emulsion explosives and mixes, such as ANFO (Ammonium Nitrate Fuel Oil), has allowed safe storage of the individual explosive material components. Because the explosive is mixed only on demand and at the actual blast site, the storage and transportation risks are greatly reduced.

The performance and handling benefits also make emulsion explosives practical. The charges can be filled more quickly from the mixer than with explosives in cartridge form and can also be inserted precisely into narrower boreholes. On the other hand, when boreholes have a large diameter, the entire volume of the hole can be fully filled as a result of the flow properties of the viscous to watery materials, so that the drill grids can be coarsened. Moreover, emulsion explosives, as well as their mixtures with ANFO (heavy ANFO), are insoluble in water and can be used in damp conditions without further consideration.

This type of explosive material does require special conveyance conditions. In the German Accident Prevention and Insurance Association’s Regulations (BGV) for solid uniform explosives and for blasting oils, it states that pumps should prevent a dangerous strain on the materials or a separation of the emulsion. As a result, NETZSCH developed special equipment for mobile, mix-loading vehicles to convey emulsified explosives. The proven NEMO® SY progressing cavity pump was reworked to implement the necessary testing possibilities and safety measures. The two inspection openings which have been incorporated above the joints of the coupling rod are the greatest difference in comparison to conventional designs. This allows inspection of the joints to determine if they are sufficiently lubricated and the seals are still intact while the pump is in operation. Otherwise, any metal on metal friction could lead to dangerous heat generation.

The two inspection openings which have been incorporated above the joints of the coupling rod are the greatest difference with respect to conventional systems. These mean that it is possible to check whether the joints are still sufficiently lubricated and the seals are still intact while the pump is in operation.

NETZSCH patented K-joints are fitted for the connection parts themselves, which transmit the torque from the motor to the pump’s rotor. These geared joints are different from pin joints in that they have a double seal that provides increased safety: if one of the rubber sleeves becomes cracked, there is another one beneath which immediately maintains the seal. This decreases the chance of oil leakage into the joint. In addition, the coupling rod is drilled through so that the joints can undergo a pressure test, if necessary. If there is leakage of the pressure applied, this indicates a fault. The mechanical seals have been shifted outwards, specifically for pressure equalization so that any possible overpressure can escape. As an option, the pump can be fitted with a safety stator. With this, grooves reduce the strength of the walls, so that it can open if the pressure increases too much.

With this pumping principle, the stator and rotor together form chambers in which the medium is transported creating pressure-stable conveyance without any pulsation or shear forces. Secondly, the technology allows the transport of filled materials, such as emulsion already sensitized with hollow microspheres. The length of the rotor-stator area has been specially shortened for this application: normally, longer pump bodies are used to increase the pump pressure, which is exactly what needs to be avoided.

The pump is set in motion using a hydraulic drive connected to a vehicle motor, for instance, the one belonging to the transport truck. This design is space-saving and convenient because usually power is not available on most building sites, or only to a limited extent. In terms of explosion protection, the avoidance of sparking has, as much as possible, been ensured in by using the drive.

Moreover, NETZSCH offers customized pump versions for transporting and combining the explosive elements. These were initially developed at the request of an ANFO producer. In this process, a wax-oil mixture is added to an ammonium nitrate solution at high temperatures in an emulsifying device. The high heat in combination with the salty solution however encourages corrosion and attacks the elastomers in the pump.

The experts chose highly resistant viton for the seals and stators as well, so as to achieve the longest possible service life. At temperatures below 100° C and with a wax content of less than 4 percent, stators made of EP and SBBPF could alternatively be used. Stainless steel is used for the metal components. The pump housing has even been equipped with a heating jacket to maintain the required heat during conveyance. Concurrently, a measuring system monitors the friction heat in the pump with a temperature sensor to protect against dry running. The pump is also driven by a hydraulic motor.

NETZSCH’s progressing cavity pumps can be used both for on-site mixing according to the Site-Mixed System (SMS) and also for introducing prefabricated emulsion matrix according to the Re-pumpable System (RPS). The explosive pumps are made according to the customer’s individual requirements. The pump manufacturer is completely flexible in terms of the pump capacity at different pressures through the pump design. Pumps for use in potentially explosive atmospheres are ATEX compliant. 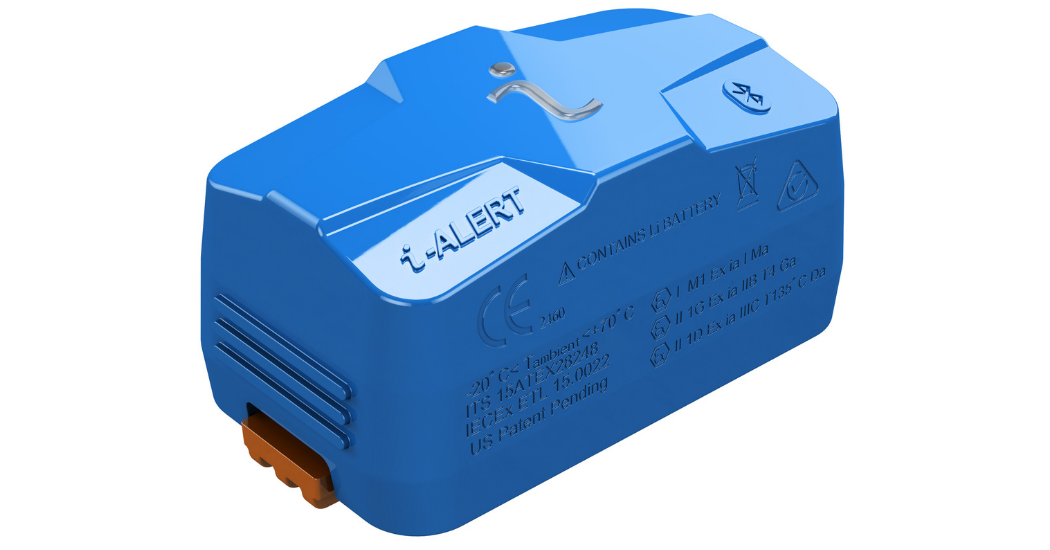 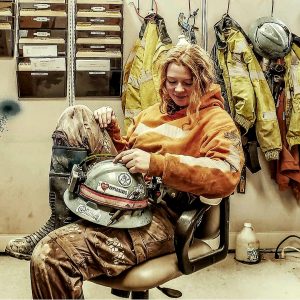 #WeAreEssential | Meet Jessica Scanlan, Geologist and Miner. Here's what she had to share! "I've always liked rocks! My dad owns… 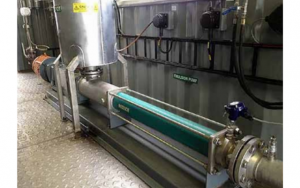 For a major manufacturer of explosives products and raw materials for the mining industry, NETZSCH dramatically increased uptime in an… 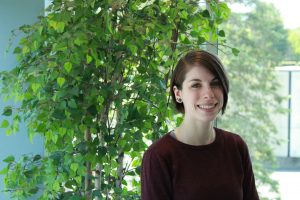 It's so great to see peers nominate each other! Our Industry Person of the Week is Brittany Kelley, Design Engineer…